When you start learning Japanese, the first particle that you learn is usually は (wa).

The particle は indicates that the word placed right before it (わたしWatashi « I » in this sentence) is the « topic » of the sentence.

This hiragana character は is normally pronounced as « ha ». However, when it's used as a particle like this, the pronunciation changes to « wa ».

Many of you may wonder why it is pronounced as "wa" instead of "ha" as you may have learned it when you studied hiragana !

So today, I want to explain about the history of why は is pronounced 'wa' !

It's a little technical so let's break it down...

Japanese, like any other language, has changed over time. The Japanese language that people used in the past was very different from the Japanese we use today, both in terms of pronunciation and writing.

During the Heian period (8th - 12th Century), a change occurred in the reading of the following characters;

The pronunciation of these characters was changed to...

when used in the middle or at the end of a word. (When they were used at the beginning of a word, this was not the case.)

かは (river)： This word is written with the characters か (ka) and は (ha). But it would have been read by Heian people as « ka wa »

Since は and へ are particles, they were never used alone, and so their sounds became affected by the words they were attached to.

Same for the particle へ (he) which indicates direction. Its pronunciation transformed to « we » as well. 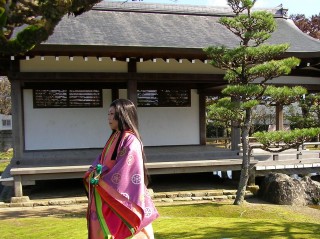 And so, the particle へ which was once pronounced as "we", was finally simplified to "e". 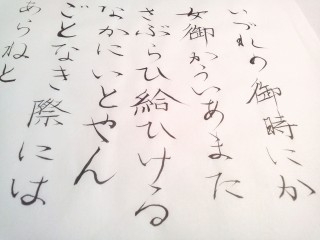 The pronunciation of the particles は and へ however, have remained the same since the old days.

They might be short words, but since they are some of the most used particles, it's nice to know that there is some interesting history behind them!