What do Japanese mean by Goro Goro ?

"Goro Goro" is an onomatopoeia (a word that imitates sound) that is used in many ways...

For example, it is used both when talking about the sound of a rumbling stomach and the sound of distant thunder.

Not to mention, it can also be used for the sound of a cat purring!

But, the meaning that I want to introduce today is different...

What did you do on the weekend?

I was chilling out at home ...

There is also a similar expression "だらだら" (dara dara).

It describes an action or a situation dragging on. It has a slightly negative nuance, indicating lack of motivation or laziness.

I was killing time at home.

But unlike « ごろごろ », « だらだら » can also be used for situations outside of the house.

What are you doing this weekend? Goro Goro or Dara Dara ? 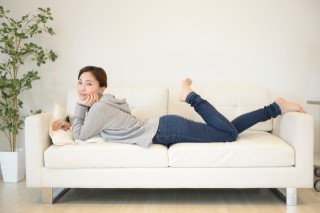 What Does « Niko Niko » Mean in Japanese ?