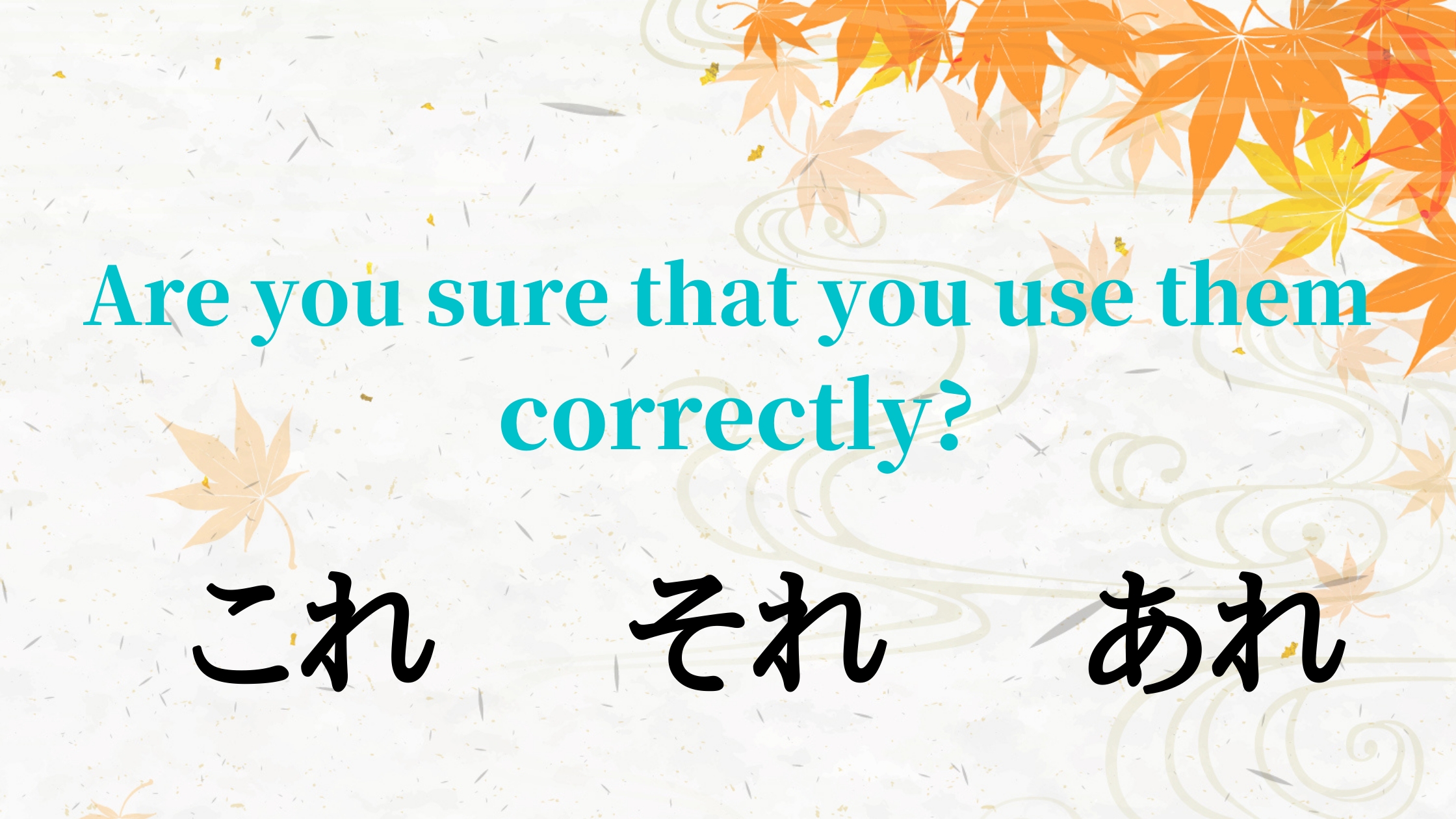 "こそあ" words (Ko So A words) are some of the first words that you learn when you start learning Japanese.

These words begin with こ or そ or あ according to the subject's distance from the speaker.

Recently, my boss has changed.

I see. Is that person a nice person?

I went to a restaurant called "Tokyo Dining" yesterday.

Oh, I know it! The interior of that place is lovely ...

When talking about someone/something who is not present, learners tend to use あwords (are、asoko、ano+noun) to mean "that" because it is "far" from the speaker.

However, it is not always correct to use "あ" words. Actually, there are various rules :

Referring to people or thing that you don't know (have never met) but the person(s) you are talking to know.

Referring to people or things that both you and the person(s) you are talking to know (have already met).

Mr. X has already met his new boss. But, Mr. Y has never met X's boss. That is why the correct choice for this sentence is その (sono). Even if Mr. X's new boss was "far away" from those two people, you can't use あの (ano).

How about the "conversation 2" ?

Both Mr. X and Mr. Y have been to a restaurant called "Tokyo Dining". Therefore, the correct choice is あそこ (asoko).

What about next sentences?

I ate escargot for the first time yesterday.

I always shop at Maruya supermarket.

I wonder if that person is doing well...

The answers are as follows.

あのひと、げんきかなあ。 Ano hito, genki ka naa... (Because he has an image of the person in his memory)

I wonder if that person is doing well... ?

"こそあ"words are very basic words, and many people use them without knowing that they are using them incorrectly. Let's use them correctly from now on!