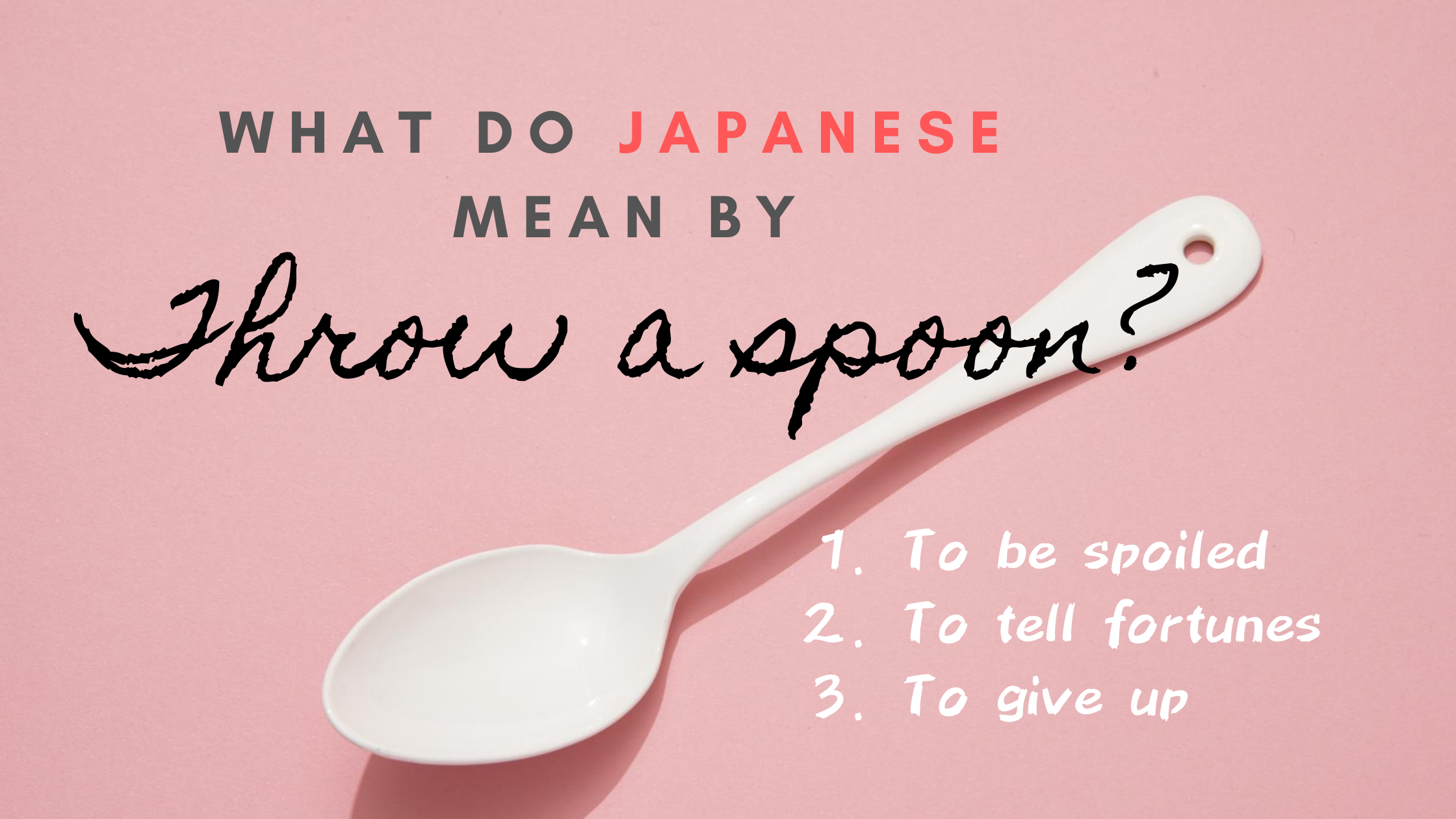 さじ (pronounced as : saji) means « spoon » in old Japanese. The verb comes always at the end of a sentence in Japanese. So, the verb in this sentence is なげる (nageru) which means to "throw". を (o) is the particle to indicate the preceding word is the direct object of the sentence.

So, the Japanese expression さじをなげる means to « throw a spoon » !

Today, we use the word スプーン (pronounced as : spuun) to mean "spoon" instead of さじ (saji). The old word さじ (saji) is used only in old expressions.

The word スプーン (spuun) was taken from the English word « spoon ». As with all words of foreign origin, it is written in katakana.

Meaning of the expression

In the old days, doctors used spoons to administer medicines. What do you think it would mean if a doctor threw a spoon away... ? Exactly! It is the doctor's way of saying « I've tried all the medicines and none of them work ! » The doctor has just given up because the disease was out of his control.

You can use this expression to talk about giving something up as being hopeless.

How is your diet going?

This form of the verb « なげました » (nage-mashita) is the past tense of the polite style of « なげる ».

How is your study going ?