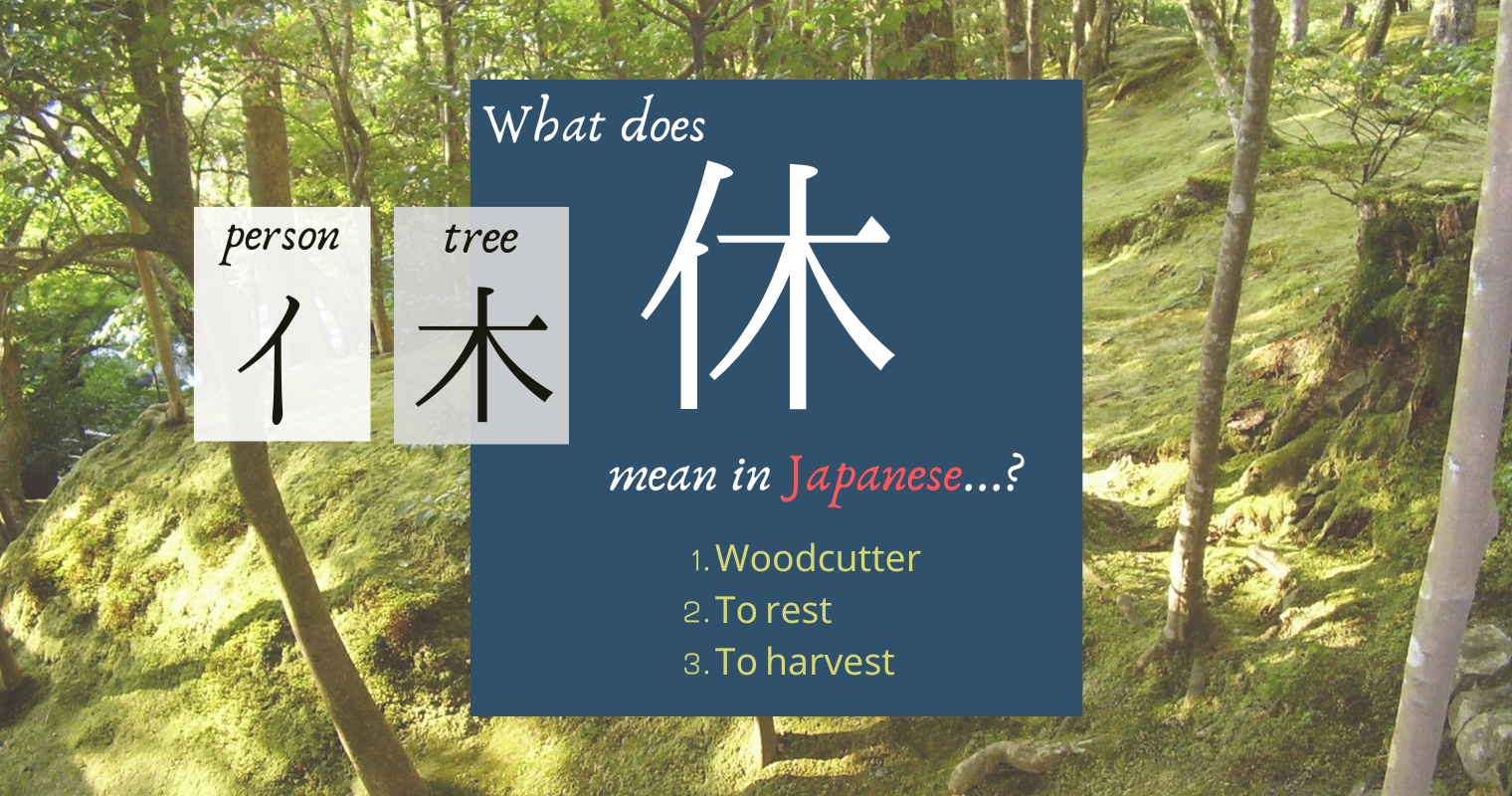 Hi everyone! Today, I'd like to talk about the meaning of the kanji 休.

Kanji is one of the 3 Japanese writing systems which came from China to Japan in 5th century.

Almost all kanji are composed of several elements (radicals) and each element has a meaning.


Meaning of the kanji 休

休 has 2 radicals (elements) : a person (the left radical: 亻, a slimmed-down version of the kanji for person: 人) and a tree (the right radical: 木). 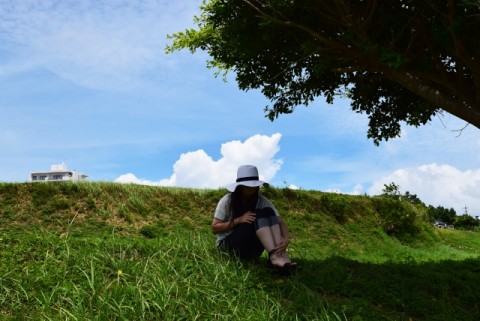 Together these radicals show us a person resting under a tree, in the shade, in a spring breeze.. Well maybe !

We now use this kanji in the verb "to rest": 休みます (yasumi-masu), as well as in other similar words.

I rest in my room.

This kanji can also be used in nouns such as 休み (yasumi) which can mean "break" and can indicate that somewhere is "closed", like a store.

At any rate, whenever you see this kanji, you'll know that someone is taking a rest, a break or even a holiday!

Some other useful words that use this kanji:

The bank is closed.